You are here: Home1 / Blog2 / 2ndQuadrant3 / Committed to the PostgreSQL Community, 2ndQuadrant Contributes to 9.6 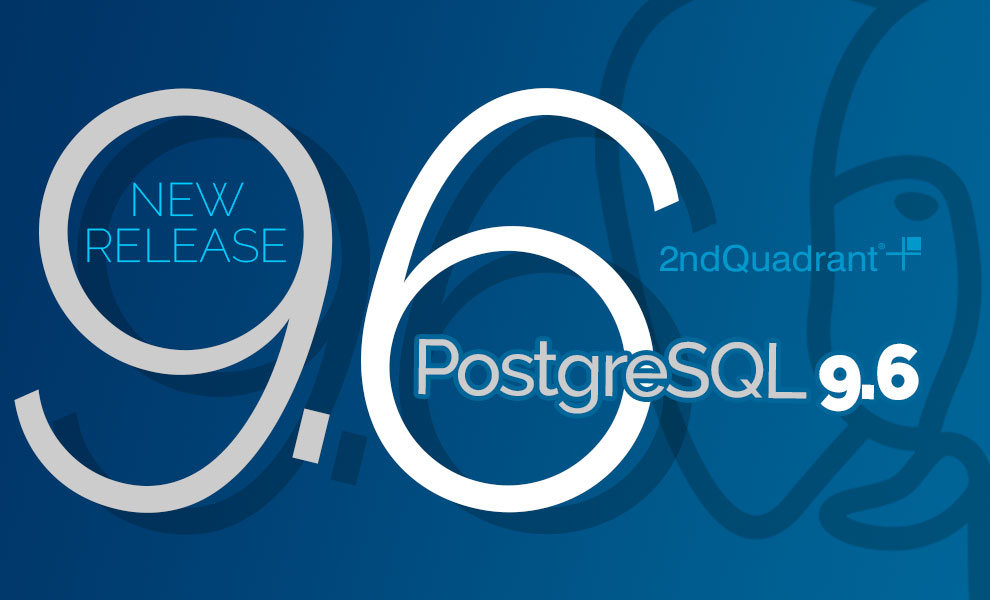 The latest version of PostgreSQL 9.6 is planned to be released later today, bringing with it some much anticipated features and updates. As the most advanced open source database, PostgreSQL strives to release a major version roughly once every year. With an active and collaborative community, this PostgreSQL release boasts impressive features and updates thanks to contributions from many of the highly knowledgeable community members.

The expanding team at 2ndQuadrant has continued to show dedication to the PostgreSQL database project by contributing heavily to the PostgreSQL 9.6 release. Parallel execution of large queries has been a known shortcoming of PostgreSQL for some time, but this is no longer an issue with the 9.6 release. David Rowley and Simon Riggs contributed to this effort through working on initial support for parallel execution of large queries and the capability of an aggregate function to be split into two separate parts. For example, now the parallel worker processes can cooperate on computing an aggregate function. David and Simon worked alongside Robert Haas, Amit Kapila, and many others to develop this robust feature.

Simon also contributed to the improvement of functions for very large databases by reducing interlocking on standby servers during replay of btree index vacuuming operations. Other contributions from Simon include:

Tomas Vondra was another heavy contributor by contributing the following to the 9.6 release:

Peter Eisentraut had several contributions including:

In addition to the above, there are many additional notable contributions made by 2ndQuadrant team members:

The team at 2ndQuadrant is passionate about Open Source and PostgreSQL. To us it’s not work, but pursuit of knowledge, and drive to improve the growing database that our business is built around. This clearly shows through the continuous contributions and commitment to serving our customers and the community with integrity and cutting edge support and development.  Continuous growth and success of PostgreSQL not only benefits our customers but the community as a whole in which we belong.