You are here: Home1 / Blog2 / Umair's PlanetPostgreSQL3 / My experience with the Indonesia PUG meetup

I was in Jakarta a couple of weeks ago and there happened to be a meetup of the Indonesia PUG in Bandung while I was there. Because it is just a 2 hour, rather picturesque drive, from Jakarta, I thought it was too good of an opportunity to miss. So I showed up. 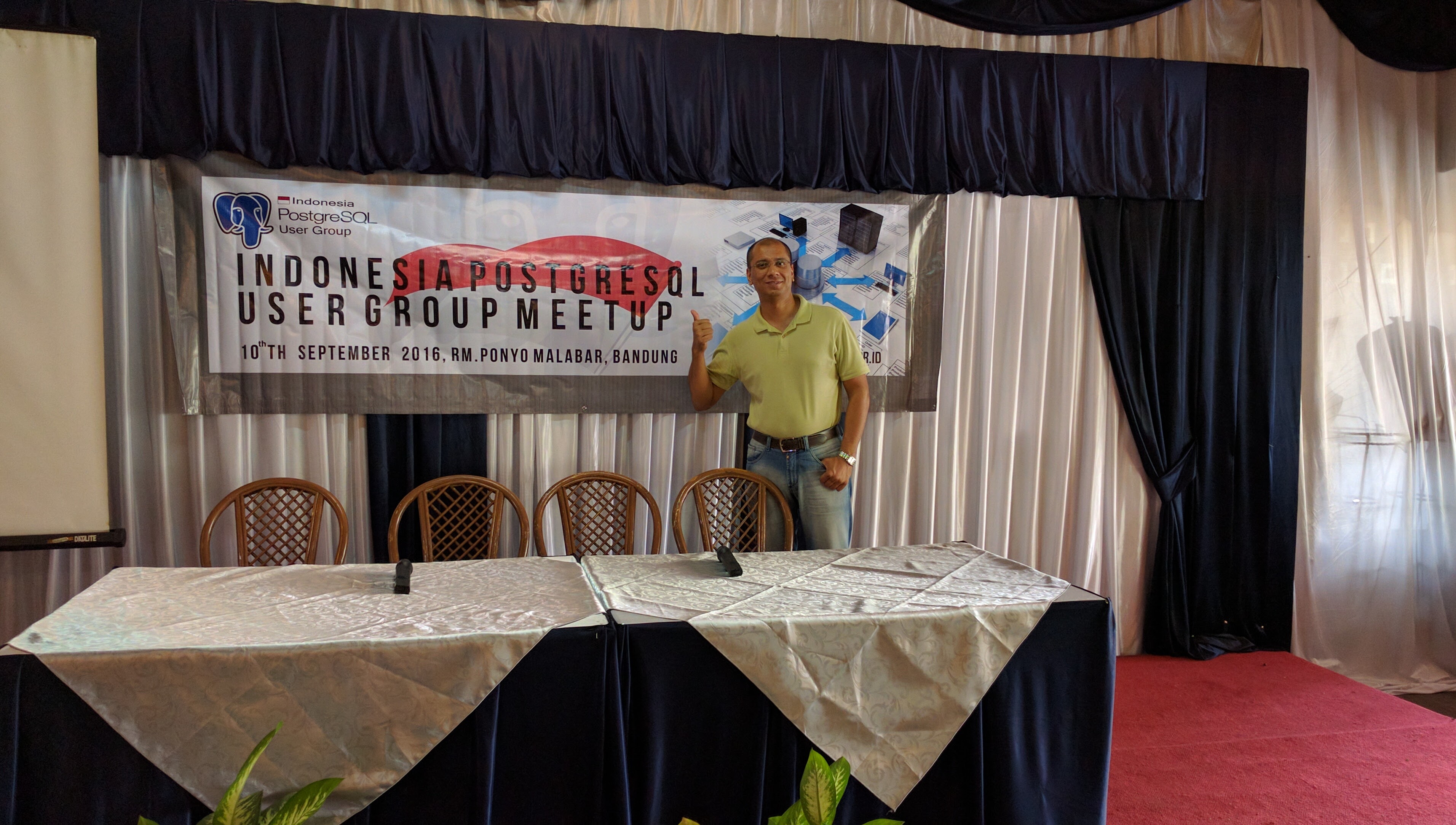 The meetup was hosted by Julyanto Sutandang of Equnix Business Solutions and the conversation was mostly centered around convincing the local technology industry about PostgreSQL in comparison to Oracle. We got into fairly detailed discussions on the typical challenges of moving an Oracle production database to PostgreSQL. I especially love talking about hierarchical queries – Oracle’s CONNECT BY PRIOR and PostgreSQL’s WITH RECURSIVE.

It was very interesting to find out how popular BDR – the Multi Master Replication solution from 2ndQuadrant – was in Indonesia. I got a lot of questions about the technology (which, admittedly, I am not an expert at) and its roadmap (which I was able to answer more confidently). Not only is BDR already being used in production at multiple locations but many corporates, including large banks, are actively doing POCs using the technology.

We also got talking about ACID compliance, and how that figures into the whole NoSQL equation. We talked about the major NoSQL-like features of PostgreSQL: JSON/JSONB, HSTORE, XML, etc. and the fact that they are all ACID compliant, unlike exclusively NoSQL data stores. The main takeaway was that NoSQL Databases and RDBMS complement each other, they can’t replace each other. NoSQL is good for POCs and massive data writes at high speeds, but if you hold your data valuable and want to derive analytical value from it, you have to eventually move it to an RDBMS. Of course, our database of choice is PostgreSQL 🙂 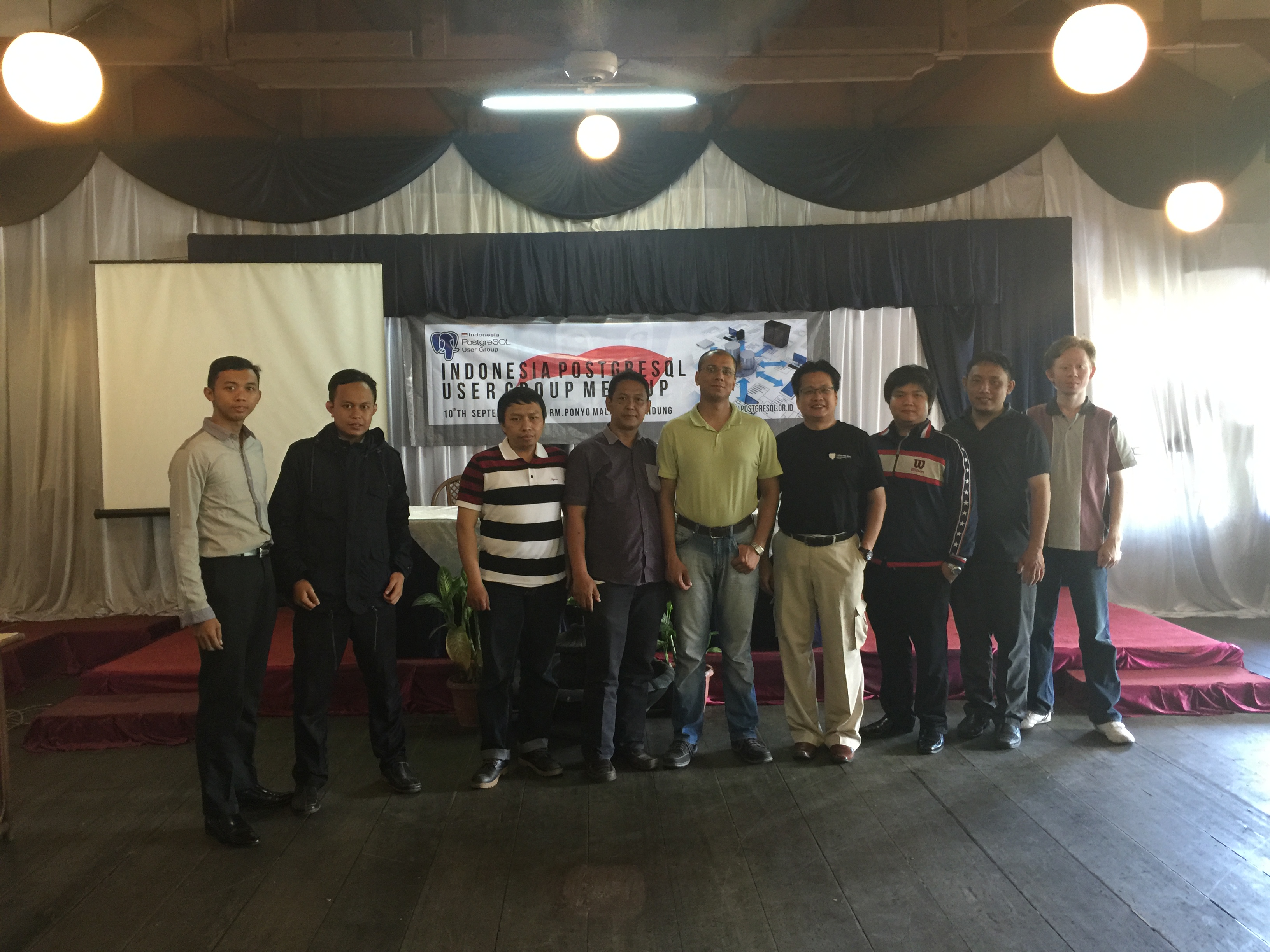 Oh, and did I mention that Julyanto insisted on stuffing me full of traditional Indonesian food? 😉 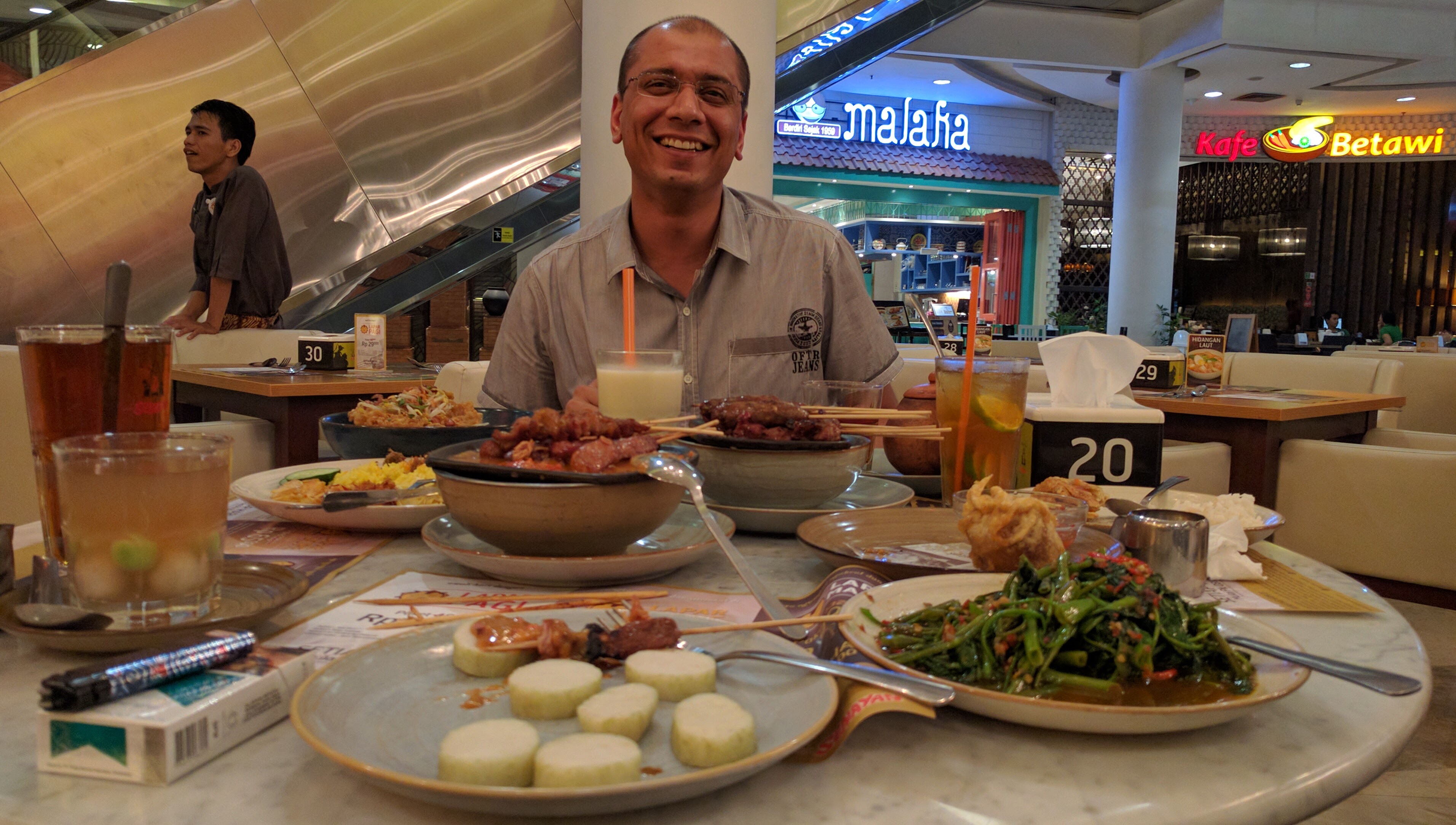 Back to the Future Pt. 1: Introduction to pg_rewind Those darn Large Objects
Scroll to top
×