Michiel Toneman from Adyen kicked things off with a keynote mentioning how Adyen have been using PostgreSQL for the past 9 years. I wasn’t aware Michiel was speaking, though I was very happy that he mentioned 2ndQuadrant’s extensive support of their multi-Terabyte PostgreSQL installations.
http://www.postgresql.eu/events/schedule/pgconfeu2016/session/1419-building-a-unicorn-on-an-elephant/

I spent most of the first day looking at a customer support issue, so missed parts of the day. I did manage to catch the tail end of Petr Jelinek’s talk on pglogical, and was happy to see people sitting on the floor to allow them to fit inside the talk room. Logical Replication is easily the most talked about feature of Postgres 10, and I know 2ndQuadrant developers Peter Eisentraut and Petr Jelinek have been working hard on the patches for that. 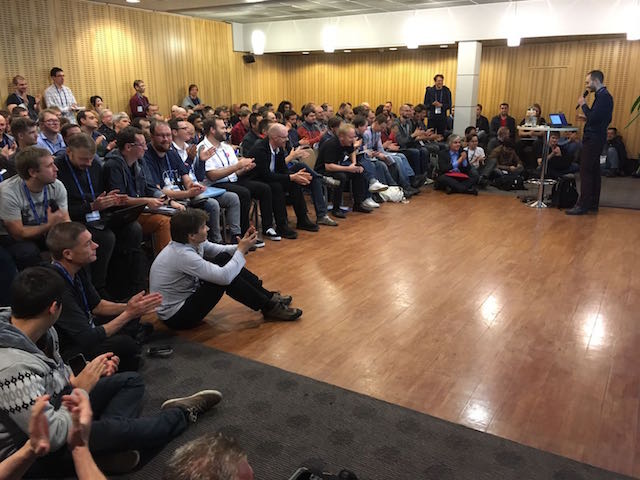 Corridor feedback was that Gianni Ciolli’s talk on Read Scalability was one of, if not the best talk, but I didn’t catch it myself.

Lots of people commented to me that Christoph Moench-Tegeder’s talk on benchmarking was a very useful general talk, but I was preparing my talk on “HOT & Other Update Optimizations”, so I missed that.

For the talk on HOT talk, was very happy to talk about the work of Pavan Deolasee and Alvaro Herrera, showing very good performance gains for update intensive workloads. 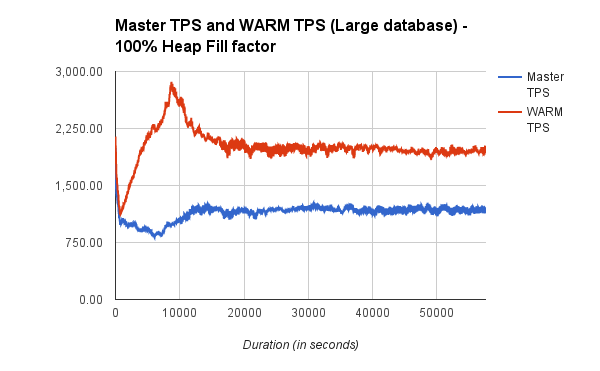 Breathed a sigh of relief on that one, since LibreOffice crashed on me just before my talk, so I had to improvise a few slides at very short notice. Actually, it crashes a lot less than Microsoft Word used to when that was my only option many years ago, so I’m still a happy user (of LibreOffice).

Amit Kapila walked in at the end of my talk, so I apologised afterwards because his work on optimizing WAL size for UPDATE was one of the features mentioned on the slides I lost at crash. I discussed the 9.4 feature verbally, even if I didn’t get a slide for it.

Marcin Cieślak described his work on MediaWiki for PostgreSQL. The only CMS that takes into account replication delay! Stefan Kaltenbrunner mentioned we’re still only running PostgreSQL 9.2 for the PostgreSQL Wiki. Looks like some help needed there.

Time to write my keynote… I wish I had more time to listen to all of the excellent talks here at pgconf.eu

CHAR (16) – Another conference on the horizon but with a focus on bus... PostgreSQL Solution Architecture
Scroll to top
×