It’s been an interesting 9 months for me personally, joining the 2ndQuadrant team in April 2013 to lead marketing.

I’ve been particularly impressed by the quality and skills of the people I’ve met – not just from 2ndQuadrant but also the Postgres Community, from many countries around the world. Of course what has also impressed me is the quality of PostgreSQL.  The more I learn, the more I can see there is a hugely exciting opportunity ahead for everyone involved. 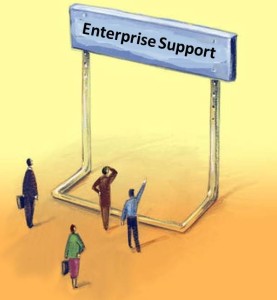 What’s puzzled me more than anything though is how little I personally knew about Postgres. With 18 years of commercial marketing in the IT industry, I confess I knew little about Postgres until joining 2ndQuadrant, so I’m frequently making comments like ‘wow’ as I learn more!

I’m always intrigued to find out what others in this industry think, whether they’ve heard of Postgres, whether they are users or not, and these days make the case for more organisations to adopt this great database system.  So why did Postgres not appear on my radar earlier?   Well most probably because I’ve mainly worked with large vendors and Postgres has been below the radar.

However, that is rapidly changing and the conversations I’m having with some of the biggest vendors suggests they are looking closely at Postgres as part of their future growth plans.  There are some exceptions of course….probably the ones with the most to lose!

Many commercial entities are evaluating Postgres and you can see that as far as databases are concerned, Postgres has a great opportunity to take a leading position as the default choice.   I detect some hesitation when it comes to projects like migrations in mission-critical environments though and that seems to be connected with the myth that there isn’t any mission-critical support available.

One comment I’ve heard – particularly from larger companies –  is the apparent lack of enterprise-class support. ‘Really? ‘ is now my standard response.

It won’t be particularly surprising to anyone reading this that PostgreSQL shines in evaluation projects. It seems the final hurdle that some organisations need to be overcome to ensure evaluation turns into a decision is ensuring everyone knows that Postgres does have excellent support – both through the community and from companies like ours. When potential customers learn about the support services that 2ndQuadrant offer, it’s interesting to see their faith in Postgres expand.  Several large clients have now committed to large scale migrations projects because we’ve helped them understand the quality of support available.

Clearly our decision to launch our Platinum Support service last year was the right one. Yes I’m blowing the company trumpet here but by offering a service like this – which frankly puts anything that the proprietary database vendors offer to shame – it adds enterprise credibility to the entire PostgreSQL project.   It sends a clear message to the organisations with the most mission-critical environments that PostgreSQL is the right choice because companies like 2ndQuadrant wouldn’t offer support guarantees that can’t be delivered.  Sure, there’s a few companies out there that offered support before we launched Platinum but we went a stage further, guaranteeing a response, a work-around and bug fix.  (Details here).  And that benefits everyone involved in the PostgreSQL project.

More organisations of every size are embracing an open source approach to their software stack and believing in the viability of this lower cost approach.   I think Linux suffered from suspicion when it first emerged as an alternative to the established vendors’ products.  But as soon as quality support arrived, so did the barriers fall amongst some of the largest organisations.   And with government policy in many countries now favouring an open source stack for public sector organisations, for PostgreSQL the future is very bright.

2ndQuadrant had many large enterprise customers before we launched Platinum but it’s interesting to see how attitudes are changing, particularly in ultra-cautious industries. Clients may not even require the service commitment that our Platinum Support offers but it provides a very positive message.

So one of my 2014 challenges is not only to ensure that everyone knows that PostgreSQL is the best object-relational database system…but also that 2ndQuadrant is there to provide the best technical support available.

PostgreSQL guts: What is “resjunk”? Compiling PostgreSQL extensions with Visual Studio on Windows
Scroll to top
×