You are here: Home1 / Blog2 / Gabriele's PlanetPostgreSQL3 / Postgres and devops: testing 9.3 with Vagrant and Puppet – part ...

In a previous blog post, I have gone through the steps of setting up a basic CentOS 6.4 64bit Linux distribution using Vagrant on your Ubuntu 12.04 LTS Linux. We will continue digging in the devops culture/movement and finally setup PostgreSQL 9.3 using Puppet in a local virtual machine.

This is what we are going to do now, together: 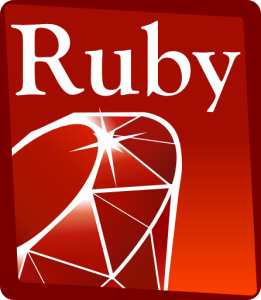 The most complicated part is the installation of the requirements for our Puppet modules. You can do without them, but I strongly encourage you to use them (or at least evaluate them and if you have enough Ruby experience, you might come with a ponderate decision).
The main reason is that, for example, if you want to use Puppet 3, you need at least Ruby 1.9.3 – which is not yet diffused.

We will use two tools for this purpose:

I strongly suggest you read the documentation of both projects. I have been also suggested by Marco Nenciarini to look at rbenv-installer too for installing rbenv, but I have not tried it yet. Otherwise, just follow my instructions for a quick solution.

In your user’s home directory, type:

Then, make sure you add ~/.rbenv/bin to your PATH variable, by editing your ~/.profile file as follows:

For the sake of simplicity, log again with your user and type:

In order to install Ruby 2.0 in your user space, you can now type:

This will take a while. Then, all you need to do is set this version as default version for your user:

The next step is to install librarian-puppet and puppet. This can be easily done as follows:

Installing the Puppet module for PostgreSQL

The previous section terminates all the preparatory steps you need to take when working with Vagrant and Puppet in a very reusable and gentle (as in “not invasive”) way.

It is now time to start your new project, which will get you to successfully install a basic CentOS system with PostgreSQL 9.3 in it.

You can decide to reuse the project directory you have created in my previous blog post about setting up a basic CentOS 6.4 64bit Linux distribution using Vagrant.

However, for the sake of simplicity, in this article we will start from scratch again, with a new directory.
We will call it vagrant-pg93, but you can choose a different name.

Create the directory and then enter it:

After that, create a file called Puppetfile, containing:

librarian-puppet will use the repository of modules provided by Puppetlabs (defined by the forge command) and will install the ‘puppetlabs/postgresql’ module.

In order to do that, you need to type the following command:

Use Puppet as Provisioner for Vagrant

It is now time to create your configuration file for Vagrant (the so called Vagrantfile). As outlined in the first part of the article, Vagrant gives you the possibility to generate a basic configuration file which you can then modify. Just issue:

We encourage you once again to take some time to read the configuration file content, as well as the documentation of Vagrant. The changes below allow you to:

This is the content of the file – after having stripped empty lines and comments from it:

A more detailed look at the Puppet section suggests that the manifest file for the server is called init.pp and resides in the manifests directory.

We have selected the PostgreSQL manifest published by Puppetlabs, as it is very simple to setup a basic database server with version 9.3 of our most loved DBMS. However, one day, you will be able to create your own Puppet module.

For now, just create the manifests directory and, most importantly, the manifests/init.pp file, containing the following lines:

That should be all in terms of configuration. The manifest is responsible, among other things, for instructing Puppet to:

Start up your local PostgreSQL 9.3 server and test it

Now, cross your fingers and type:

It will take a few minutes for Vagrant to generate your virtual server through VirtualBox, then provision the resources requested by the manifest file we wrote.

Once finished, you can finally test that PostgreSQL is running, by typing:

Then, become the postgres system user with:

And finally connect to the database:

This way, you verified that the internal connection (within the virtual server) works correctly.

So far so good. We have been able to install PostgreSQL 9.3 and you can try it locally. In a future blog post, we will go through some more advanced configurations of your development Postgres box using Puppet.

But for now, I hope you are satisfied with this outcome.

If you want to shutdown your virtual server, you just need to type:

If you want to remove the server, just type:

You can at any time regenerate it through:

These commands allow you to automate the generation of virtual machines, one of the key technical aspects of the devops movement.

Tracing PostgreSQL with perf How do PostgreSQL security_barrier views work?
Scroll to top
×