The 1.4.0 version of Barman adds new features such as incremental backup and automatic integration with pg_stat_archiver which aim to simplify the life of DBAs and system administrators.

Barman 1.4.0: the most important changes 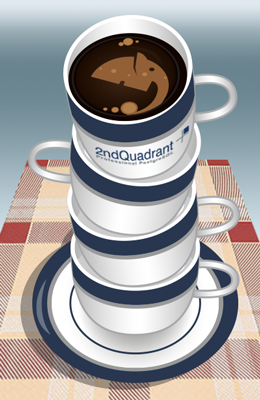 The latest release introduces  a new backup mode, the inc remental backup. This mode allows the reuse of unmodified files between one periodic backup and another, drastically reducing the execution times, bandwidth used and disk space taken up. Another new feature is the integration of Barman with the view pg_stat_archiver, available from version 9.4 of PostgreSQL. The view allows information on the performance of the WAL storage to be collected and to monitor the status of the process. Management of the WAL files has been improved. Calculation of storage statistics has been streamlined and optimised. The logic of  the removal of obsolete WAL has been improved, performing different actions in the event of exclusive or concurrent backups. Error messages have been improved, making them clearer and more legible where possible. We have also invested in the robustness of the code: with the 1.4.0 release we have approximately 200 unit tests that are performed with every patch.

Let’s explore the main innovation of this release: the incremental backup.

To understand the logic on which the incremental backup is based, let’s consider two complete and consecutive backups. In the time interval between completion of the first backup and completion of the subsequent backup, not all the files contained within the PGDATA directory are modified. A number of files of the oldest and of the most recent backup are identical and are therefore redundant, requiring time and bandwidth to be transferred via the network and taking up unnecessary space on the disk after copying. If we compare the files of the oldest backup with the files that we are going to copy from the remote server, it is possible to distinguish the set of files that has been modified from the files which have  remained unchanged. With the incremental backup it thus becomes possible to eliminate redundancy, copying only the modified files.

We developed this feature by setting ourselves three objectives:

To achieve this, we exploited the capacity of Rsync to compare a list of files received from a remote server with the content of a local directory, identifying which had been modified. We thus added a new option for server/global configuration called reuse_backup. This option identifies the type of backup to be performed. Let’s look at the three possible values of ‘reuse_backup’ and their effects:

It is also possible to use the option --reuse-backup [{copy, link, off}] from the command line to change the default behaviour for an individual backup. For example:

…will  force reuse of the backup, using hard links regardless of the value set within the configuration file.

I will now use Navionics as a case study, one of our customers and the sponsor of this release which, as we shall see, gained strong advantages from the use of the incremental backup. Navionics has very large databases (one of the largest is approximately 13 TiB). Before the introduction of the incremental backup, taking into account the characteristics of the server and network:

Using the option reuse_backup=link from the latest version of barman and doing a barman show-backup of a just-completed backup, this is what Navionics sees:

Moreover, the backup execution time drops significantly from 52 hours to approximately 17 hours. The advantages are obvious:

Among the new features  introduced by PostgreSQL 9.4 is the view pg_stat_archiver that provides useful information regarding the operating status of the WAL storage process. Thanks to these statistics, it is also possible to make predictions on the space that a new backup will occupy. Users of Barman 1.4.0 and PostgreSQL 9.4 may notice f a number of new fields within the output of the following commands:

The incremental backup, the main feature of this release, is undoubtedly a very useful tool for everyone, saving time and space, even on modest-size databases. It is almost indispensable for users who need to manage very large databases (VLDB) or databases that contain a large number of read-only tables, providing a significant increase in performance in terms of space, time and bandwidth utilised. Adding integration with pg_stat_archiver on Postgre SQL 9.4 improves the ability to monitor the status of servers and thus optimises the health and strength of infrastructures that choose Barman as a disaster recovery solution for the PostgreSQL database.