You are here: Home1 / Blog2 / 2ndQuadrant3 / Auditing Users and Roles in PostgreSQL

One of the services we offer are security reviews (or audits, if you want), covering a range of areas related to security. It may be a bit surprising, but a topic that often yields the most serious issues is roles and privileges. Perhaps the reason why roles and privileges are a frequent source of issues is that it seems to be quite simple and similar to things the engineers are familiar with (e.g. Unix system of users and groups), but it turns out there are a few key differences with major consequences.

The other parts are either very straightforward and understandable even for sysadmins without much PostgreSQL experience (e.g. authentication config in pg_hba.conf), or the engineers recognize the complexity and take their time to familiarize with the details (a good example of this is Row Level Security).

That is not to say there are no interesting topics e.g. how to use RLS with application-level users but I’ll leave that for another blog post, as this one is about roles and privileges.

Owner is a small superuser

When it comes to roles, the initial checks are mostly expected. The role should not be a superuser (as superusers simply bypass various checks), and in general should not have any excessive privileges (e.g. CREATEDB, CREATEROLE and so on).

But it also should not own the database objects (tables, functions, …), since owners can simply grant themselves arbitrary privileges on the objects they own, which turns them into small superusers.

Consider the following example, where we attempt to protect the table from the owner by revoking all the privileges from that role:

So we have created a user who is not a superuser, and we have connected using that account (that’s the slightly cryptic psql command). Let’s create a table (so the user is an owner) and restrict our own access to it

So that works, right? Well, the problem is a user with access to SQL (e.g. an “attacker” that discovered a SQL injection vulnerability) can do this:

The owner can simply grant all privileges back to himself, defeating the whole privilege system. A single SQL injection vulnerability and it’s a game over. Another issue with owners is that they are not subject to RLS by default, although that can be fixed with a simple ALTER TABLE ... FORCE ROW LEVEL SECURITY.

In any case, this should be a clear hint that the application should use a dedicated role (or multiple roles), not owning any of the objects.

When combined with SECURITY DEFINER functions, this is a great way to restrict access to columns the application should not access directly, but allow special operations. For example it shouldn’t be possible to select all passwords (even if hashed) or e-mails, but it should be possible to verify a password or an e-mail. SECURITY DEFINER functions are great for that, but sadly it’s one of the powerful yet severely underused features 🙁

Let’s assume you have a role that owns the objects, and a separate role used by the application. In fact, if you have sufficiently complex application, chances are you’ve split it into multiple parts, perhaps segregated into schemas, and each module uses a separate set of roles (owner + application, possibly more).

This gives you the ability to create application roles covering only part of the application e.g. the administration panel needs access to all modules, while a public web interface only needs read-only access to a small subset of modules.

In other words, roles may be seen as groups and used for making the privileges easier to manage. There are two aspects that make this different from unix-like groups it’s possible to use multi-level hierarchy of roles (while Unix groups are flat), and inheritance (will get to that in a minute).

The above scheme works just fine, but only if you keep the connections for the two users (admin_user and web_user) separate. With a small number of users (modules, applications) that’s manageable, as you can maintain separate connection pools, but as the number of connection pools grows it ceases to serve the purpose. But can we use a single connection pool and keep the benefit of separate users?

Well, yes. We can create another user role for the connection pool and grant it all the existing users (admin_user and web_user).

This seems a bit strange, because the new user becomes member of admin_user and web_user roles (users are just roles with LOGIN privilege), effectively inheriting all the privileges. Wasn’t the whole point using roles with limited privileges?

Let me introduce you the SET ROLE command, which can be used to switch the session to arbitrary role the user is member of. So as the pool_user user is member of both admin_user and web_user roles, the connection pool or application may use this:

to switch it to “full” privileges for the admin interface, or

These commands are akin to dropping privileges in Unix. The init scripts are executed as root, but you really don’t want to run all the services as root, so the init script does something like sudo -u or chpst to switch to unprivileged user.

But wait, we can actually do the opposite. We can start with “no privileges” by default, all we need to do is create the role like this:

But why am I wasting time by explaining all this SET ROLE and INHERIT or NOIHERIT stuff? Well, it has implications on testing.

Note: You have to trust the pool/application to actually execute the SET ROLE command with the right target role, and the user must not be able to execute custom SQL on the connection (because then it’s just a matter of RESET ROLE to gain the full privileges, or SET ROLE to switch to another role). If that’s not the case, the shared connection pool is not a path forward for you.

Pretty much no one tests privileges. Or to be more accurate everyone tests the positive case implicitly, because if you don’t get the necessary privileges the application breaks down. But only very few people verify that there are no unnecessary/unexpected privileges.

The most straightforward way to test absence of privileges (user has no access) might be to walk through all existing objects (tables, columns) and try all compatible privileges. But that’s obviously a lot of combinations and a lot of additional schema-specific work (data types, constraints, …).

Luckily, PostgreSQL provides a collection of useful functions for exactly this purpose (showing just table-related ones, there are additional functions for other object types):

So for example it’s trivial to check which roles have INSERT privilege on a given table:

or listing tables accessible by a given role:

And similarly for other privileges and object types. The testing seems fairly trivial – simply run a bunch of queries for the application users, check that the result matches expectation and we’re done.

Note: It’s also possible to use the information_schema, e.g. table_privileges which essentially just runs a query with has_table_privilege and formats the output nicely.

Except there’s a small catch – the inheritance. It works just fine as long as the role inherits privileges through membership, but as soon as there’s a NOINHERIT somewhere, those privileges will not be considered when checking the access (both in the functions and information_schema). Which makes sense, because the current user does not currently have the privileges, but can gain them easily using SET ROLE.

But of course, PostgreSQL also includes pg_has_role() function, so we can merge the privileges from all the roles, for example like this:

Making this properly testable requires more work (to handle additional object types and applicable privileges), but you get the idea. 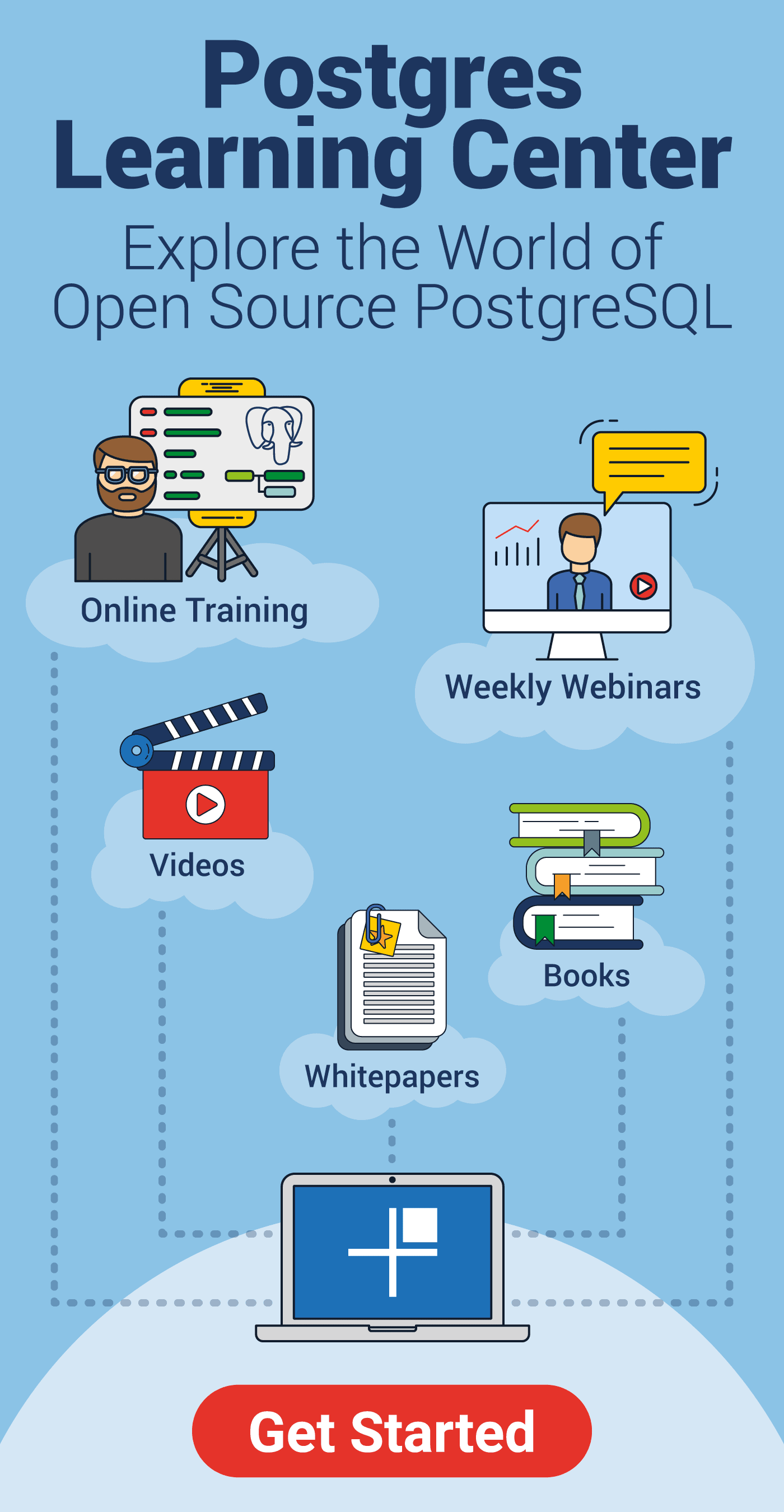 How Postgres-XL is tested Barman 1.6.1 is Released
Scroll to top